Over 100 Formula Vee cars in Sweden 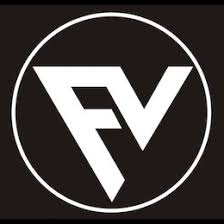 In autumn 1965, there were in Sweden exactly three Formula Vee demonstration cars - a magnificent total - and in order to introduce this class during the course of an International Race Meeting against Holland on September 12 the Swedes had to borrow cars from their opponents.

At present there are more than a hundred Formula Vee cars on Swedish race courses. Hardly any other country in Europe has built as many Formula Vee vehicles in the course of a year - and interest in this class is still growing steadily.

Just as in other European countries, the press was at first skeptical. But today, a year later, everyone is aware that Formula Vee has moved up to become a racing class with a genuine future in Sweden. Scania Vabis (VW General Importers for Sweden) racing manager Leif Hansen won the first national Championship on ice against some ten competitors, as he said "just to get things going". Now he is gradually realizing that Formula Vee is getting too much for him - and of course he does not drive any more.

In the meantime, the formula Vee boom in Sweden has led to several inventive and energetic gentlemen in the north Swedish town of Skellefteå joining forces to produce construction kits on an almost industrial production basis. They call them Racingplast (RPB) and this firm has already delivered approximately 40 kits - they are provisionally still operating from a barn.

The development was explosive. VW importers Scania Vabis gained the public's interest at series of Formula Vee Junior Meetings and since the celebrated race with "borrowed" cars the Swedes have put further 12 races, 2 national Championships, divers demonstrations and a whole row of international starts behind them. Sven-Olov Gunnarsson raced in Austria and Germany collecting one first, one second and the firth place in the famous Formula Vee Europe Nürburgring prize.

In summer 1966, a precarious situation developed whereby the fields for the heats in the National championship where to large. For example 48 vehicles came to the line.

This National Championship was the great success of the season. It was run off in seven heats spread over the entire country which was very much to the public's taste. It started with Ove Fundin, four times world speedway champion, scratching a qualifying heat for the World Championship finals simply because he preferred to make his Formula Vee debut on the Knutstorp Ring. He came in seventh but from then on things got better and better and in the last heat on the Dalslandring he managed to take third place.

Curt Johansson and Sven-Olov Gunnarson fought out a trhilling duel in the championship. The situation before the final race was as follows: a victory lof Gunnarsson and a third place for Johansson would have meant a tie for the championship. Gunnarson won - but Johansson was second which meant that Curt won the title, but by the skin of his teeth.

A small note in this connection: all drivers in Sweden who want to race in single seaters have to undergo a very thorough theoretical course and pass an examination at the end of it. Even world champion Ove Fundin had to go back to school. Just for safety sake! The licence is issued when this examination is passed is also valid for Formula 3 and in addition to this, every driver must carry an identity disc giving his blood group.

The summer season was rounded off with an interesting experiment on the Gelleras Track in Karlskoga. So as to make a competitive performance analysis Form Vee cars where started with formula 4. Result: all Formula Vee cars were faster than the best Formula 4 vehicle.

So Formula Vee racing seems to be set fair in Sweden and Scania Vabis has promised to donate a car to the national track champion in 1967. And this vehicle will of course be the farther of formula Vee: a VW 1300.

This website uses cookies to improve your experience while you navigate through the website. Out of these cookies, the cookies that are categorized as necessary are stored on your browser as they are essential for the working of basic functionalities of the website. We also use third-party cookies that help us analyze and understand how you use this website. These cookies will be stored in your browser only with your consent. You also have the option to opt-out of these cookies. But opting out of some of these cookies may have an effect on your browsing experience.
Necessary Alltid aktiverad
Necessary cookies are absolutely essential for the website to function properly. This category only includes cookies that ensures basic functionalities and security features of the website. These cookies do not store any personal information.
Non-necessary
Any cookies that may not be particularly necessary for the website to function and is used specifically to collect user personal data via analytics, ads, other embedded contents are termed as non-necessary cookies. It is mandatory to procure user consent prior to running these cookies on your website.
SPARA OCH ACCEPTERA